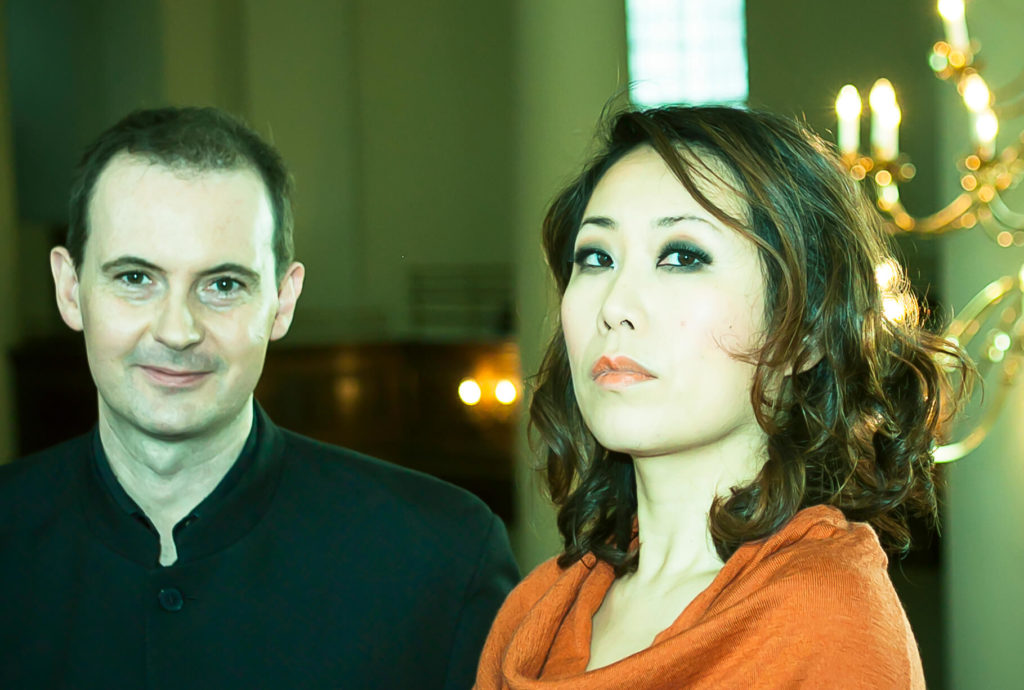 Widely regarded as one of the UK’s leading piano duos, Joseph Tong and Waka Hasegawa were prize winners at the Tokyo International Piano Duo Competition in 2003 and at the Schubert International Competition held in the Czech Republic. The duo has given recitals in Japan, Germany, Spain and the USA as well as broadcasts for BBC Radio 3. Since their critically acclaimed London debut for the Park Lane Group in 2002, Piano 4 Hands has performed regularly at Wigmore Hall including several recitals under the auspices of the Kirckman Concert Society. Joseph and Waka have performed at many of the major concert venues around the UK and at festivals including Buxton, Cheltenham, Bury St Edmunds, Oundle and Presteigne. The duo’s debut CD of Debussy piano duets for the Quartz label was chosen as Album of the Week in The Independent, followed by recordings of Schubert and McCabe which have drawn similar critical praise.

Last summer, Joseph and Waka gave a recital at the newly reopened Purcell Room in London promoted by the Park Lane Group, marking the Debussy centenary with a performance of La mer alongside the London Premières of Daniel Kidane’s Jungle and David Matthews’ Variations on a theme by Haydn Op. 144. These two new works were co-commissioned with the Cheltenham Music Festival, Piano 4 Hands giving their premières at the Pillar Room, Cheltenham Town Hall, in July 2017.
Last autumn, Joseph and Waka gave the first performance of Airs of the Seasons by Ailsa Dixon at St George’s Bristol. Other recent recitals have included the Schubert Society of Britain and Luton Music Club, as well as the National Gallery in London.

Joseph Tong and Waka Hasegawa were elected Associates of the Royal Academy of Music in 2008. Future projects include a new commission from the British composer Edwin Roxburgh and a series of concerts with the Bath Camerata, performing Brahms German Requiem with their conductor Benjamin Goodson in Malmesbury Abbey and the Sherborne Festival in spring 2020.
Joseph and Waka have also been invited to lead a course devoted to piano duets and two piano repertoire at Benslow Music in Hertfordshire next June.